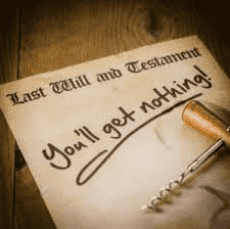 You may have read the post below about how to make a will in China. Proper form of a will is critical for establishing its validity especially based on the relevant articles in China Civil Code. Here we highlight the key points, for your kind reference.

Forms Of Will Under China Inheritance Law

I. Forms of Will under China Inheritance Law
You may have read a post on this blog about making a will in China. Proper form of a will is critical for establishing its validity.
Five forms of wills are set out in China Inheritance Law, or China Succession Law (eﬀective as of October 1, 1985): notarized wills, wills written by testator, wills written on behalf of testator, sound-recording wills and oral wills in emergency. In practice, the ﬁrst three forms are often used and disputed.

A notarzied will refers to a will made by the testator before a notary public oﬃcer. It shall be noted that the process and requirements of notarisation of a will is very much diﬀerent from those of a notarisation in other countries, for example, USA. A China notary public oﬃcer are mandated to ensure the will and its contents are legal and valid, so they are most confortable in notarising a will that is governerd by Chinese laws.

Under China new law on choice of laws in 2011, where a non-resident alien/foreigner wishes to make a will for his or her China assets, most notary public oﬃces won’t entertain such request for notarisation, though some notary oﬃcers may still oﬀer services to notarize such a will in regard of real properties in China purusant to provisions in the old China Succession Law.

Going back to 1985 when China Succession Law was enacted, you can imagine that people then may only use a pen to write a will, as there is no electronic devices such as computer or tablets or phones.

A self-written will is considered valid if and only if it is indeed hand-written by the testator himself or herself, duly signed with his or her name and properly indicated with the year, month and day.

3.Wills Written on Behalf of Testator

Again back in 1985, a substantial portion of China population is literally illiterate, and these people may have to ask others to write down his or her will. Here the person acting on behalf of testator is only instrumental in reducing the testator’s own ideas into writing and in no case should such a person decides on the contents of such a will.

A will so written is considered valid if and only if it is witnessed in presence by two or more witnesses one of which shall do the writing, and properly dated with year, month and day,

and signed by all witnesses and the testator.

With computing technologies getting popular, hand-writing has been fading out in our society with most documents being printed out. So the China courts have been struggling to cope with printed wills: a printed will should be regarded as a will written by testator or on behalf of the testator? Very often, in cases, it is hard for the court to ﬁnd out whether the wording of the will is typed out by the testator himself or by others.

So our research in this area of decided cases found that courts are almost equally divided on the question.

4.Priority of Validity of the Forms Above

China Inheritance Law has a pretty odd provision to the eﬀect that a testator can make a new will to replace the old ones, but in no case shall a will written by the testator himself or on his behalf replaces an old notarized will. In other words, if you have made a notarized will, then you shall have to replace or amend with another notarized document.

This can be problematic. A testator may not be able to notarize a new will in certain circumstances. Instead, he may only be able to write a new will or get someone else to help with write or print a new will. Accordign to the law, sorry, the new will with your true intention won’t supersede the old notaried will.

II.Challenges to a Will Written Prima Facie by the Testator
You wanna challenge the will thrown at you almost knocking you out. So what is the legal ground to challenge it? The most used ground is that the testator at the time of writing the will does have full civil capacity.

What is civil capacity? Pretty much a legal jargon, meaning one’s mental capability or soundness to appreciate one’s own conducts. Generally minors (younger than 18 year old in China and many other countries) are considered as having no civil capacity (under 8 yearsold) or limited capacity (8-18 years old). Adults who are mentally ill may be considered as having no or limited capacity.

In most cases, Chinese people only write their wills when they turn very old. So if the deceased was diagnosed with serious mental diseases such as Alzheimer /dementia, it might be a chance for you to challenge the will. After all, such diseases undermine one’s mental capability.

However, our research on tens of precedent cases involving self-written wills showed that China courts are not readily to overturn a will that looks prima facie a good one. The party challenging the will shall need to have clear evidences, usually, medical records indicating that mental deﬁciency.

Sometimes, a party challenges that the hand-writing is not the deceased’s, or it is a forgery. Then the challenging party shall need to prove it, for example by requesting a forensic services. Here, the challenging party shall need to produce a genuine calligraphy acceptable to the forensic institute. Such genuine calligraphy should come from an independent third party, unless agreed by the other party.

III.Conclusion and Advice
For overseas Chinese whose old parents or grandparents are still living in China mainland, to avoid the big shock described at the beginning of this post, you may wish to consider:

(1) even you are an ocean apart from your parents, try to keep your relationship warm. When your elderly parents feel your coldness or indiﬀerence, then even a non-blood related nanny may easily win the heart of your parents, and thus the estates. This is not a rare phenomenon.

(2) when your parents are short of full mental capacity due to Alzheimer or other mental diseases, then apply to China court to declare him or her a no- or limited capacity person. Upon declaration to that eﬀect, courts will generally appoint a guardian for the ward. By this way, his self-written will after that shall be invalid as a matter of law.

(3) Again, help your elderly parents to set up some basic estate plan before it gets too late.