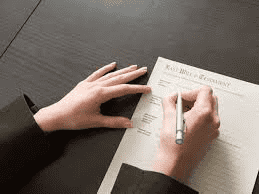 2020 Pending Criminal Cases - Should I Write A Separate Will For My China – Landing Detail:

Discussion of this question on the internet is a lot for our western peers as their clients have such headache long time ago. Much discussion is undertaken from general perspective, and the mainstream view is that a separate will for foreign assets is preferred. While this separate approach may prove true in many cases, it may not be true all the time.

The purpose and goal of answering that question is to ﬁnd the best course of action to deal with the foreign assets after the death of the testator. In the inquiry case, the client wants to ﬁnd out how his China properties will be handled properly and easily.

So let us ﬁrst look at the basic ways of dealing with inheritance of properties in China before we go further to make analysis.

(1) the parties to the inheritance appear in person before the clerks of the real estate registration authority in the place of the property in question;

(2) carry out the inheritance right notarization at a China notary oﬃce that will aﬃrm the heirs’ or beneﬁciaries’ entitlement to the estates in China, and with that notarization document, title transfer can be done;

(3) go to court and get the inheritance done through litigation.

Apparently, the ﬁrst option is not viable for most foreign clients esp when there are multiple heirs or beneﬁciaries. It is too much for everyone to attend to the process in person. The second option is the best course of action in practice provided that there is no dispute among heirs or beneﬁciaries. This notarization approach is most cost and time eﬃcient. The third option of litigation is the last resort for clients, so not in any case preferred.

To conduct inheritance of estates by way of notarization, the will shall be presented to the China notary oﬃce. The notary oﬃce shall ﬁrst determine whether the will is valid or not. However under China Law on Conﬂicts of Laws, the applicable law governing the validity of the will is British law. Here arises the problem. China notary oﬃcers don’t know anything about British law, and they cannot make a decision on the validity of the will made in UK. Indeed, China Ministry of Justice (in charge of notary profession) has warned notary oﬃces in dealing with inheritance involving wills governed by foreign laws. Thus, many China notary oﬃces simply don’t want to work on a case involving such foreign wills. Instead, as we have done frequently, they will advise to put away the will and go about the inheritance as an

intestate succession, designed to achieve the same goal as set in the will.

With that in mind, we need to think about which approach, either single will covering both UK and China assets or separate will covering only China assets, will help address the validity of the will/testament. This is the key element.
II.Pros and Cons of All-in Single Will or Separate Will
A single will covering both onshore and oﬀshore assets can be useful in making holistic estate plan, and multiple or separate will can easily adapt to diﬀerent legal rules in diﬀerent jurisdictions, more ﬂexible.

If the client writes one single will covering both British or China assets:

(1) given that both China and UK allow testators a great deal of testamentary freedom to bequeath estates to whoever they wish, only subject to compulsory provision rules. Most likely that the will made in UK under English laws will be recognized but this does not come easy.

(2) As a matter of law and practice, this UK will shall be probated at a UK court. Once the UK court approves the will as valid, then the will when presented to China notary oﬃcer will have a much greater chance being accepted as valid and China notary oﬃce may proceed to issue inheritance right notarization document. In the eyes of China notary oﬃces (or even courts), the applicable law to the will is English law, and no other persons or institutions have a better position than a UK court to decide on the validity of the legal document.

So inclusion of China assets in one single will bring about the advantage of the will being easily accepted in China notary oﬃce as valid.

The downside of using one single will is that in the case of dispute over the will, then it could be delayed for long which will aﬀect the administration and distribution of estates in foreign jurisdiction.

(3) China is a civil law jurisdiction, and strictly speaking, China doesn’t have the typical family trust and testamentary trust widely used in common law countries. So when UK client write a will covering China assets, they shall be careful of setting up trust for their China assets. If not properly worded or structured, the trust may not stand and cannot be enforced in China. In China, inheritance or succession primarily means the outright transfer of title in estate properties to heirs or beneﬁciaries. Hower, foreign clients may set up a UK testamentary trust on the sale proceeds of China properties, which could be an imperfect alternative.

If the client makes a separate will covering only China assets:

(1) Here a separate will made in UK shall still be governed by English laws as said above since the testate doesn’t have habitual residence in China and he or she is not Chinese citizen. Even the person comes to China to make the will, the applicable law is still English laws, not Chinese laws.

(2) As you may have known, China doesn’t have probate proceeding. No court intervention in the course of estate administration and distribution except that there is a dispute therein. China new Civil Code may bring about changes to this practice by allowing court to appoint estate administrator if the interested parties cannot come to agreement on their selection of administrator.

Can a separate will save the trouble of probate proceeding in UK if the client chooses to do so?

Now if there is no dispute among interested parties, then the preferred way of dealing China estate is to carry out the inheritance by way of notarization in China. Then the same issue of determining the validity of the foreign will arises here. If the separate will can be quickly probated in UK, then it could be a good idea of making a separate will for China assets.

Otherwise, the matter will most likely end up in China court, which may cause more chaos compared to going through the probate proceeding in UK.